The Face of Poverty 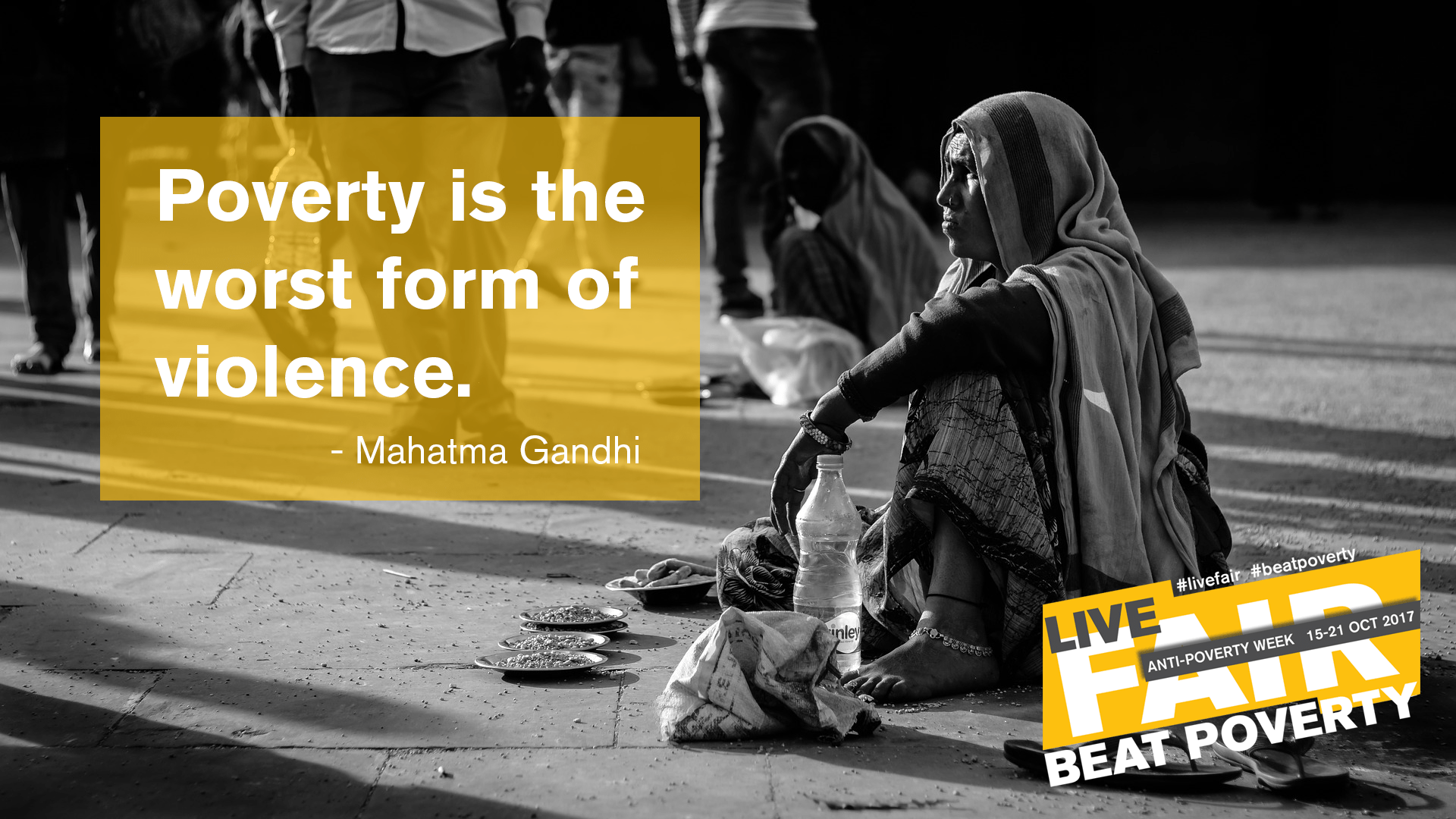 Definition of Poverty
According to the United Nations: Poverty is more than the lack of income and resources to ensure a sustainable livelihood. Its manifestations include hunger and malnutrition, limited access to education and other basic services, social discrimination and exclusion as well as the lack of participation in decision-making. Economic growth must be inclusive to provide sustainable jobs and promote equality.[1]

Definition of poverty according to the poor
An exploration into the various perspectives of  poverty, learn why poverty is multi-dimensional social phenomenon. Read this article to know more about how poor people perceive poverty from their own experience.

What is extreme poverty
The definition of ‘extreme poverty’ varies over time due to changing prices of goods and services. For example, in 2011 extreme poverty is people living a 1.25 budget per day to survive (which is actually based on 2005 prices). In 2015 World Bank announced that the extreme poverty threshold is $1.90 a day.[2]

Extreme poverty or absolute poverty, was originally defined by the United Nations in 1995 as "a condition characterised by severe deprivation of basic human needs, including food, safe drinking water, sanitation facilities, health, shelter, education and information.[3]

The Causes of Inequality according to Oxfam[4]

Corporations, working for those at the top, in pursuit of delivering high returns to those at the top, corporations are driven to squeeze their workers and producers ever harder – and to avoid paying taxes which would benefit everyone, and the poorest people in particular.

Squeezing workers and producers, while many chief executives, who are often paid in shares, have seen their incomes skyrocket, wages for ordinary workers and producers have barely increased, and in some cases have got worse. Across the world, corporations are relentlessly squeezing down the costs of labor – and ensuring that workers and producers in their supply chains get less and less of the economic pie. This increases inequality and suppresses demand.

Dodging tax, Corporations maximize profit in part by paying as little tax as possible. They do this by using tax havens or by making countries compete to provide tax breaks, exemptions and lower rates. Corporate tax rates are falling all over the world, and this – together with widespread tax dodging – ensures that many corporations are paying minimal tax.

Super-charged shareholder capitalism, in many parts of the world, corporations are increasingly driven by a single goal: to maximize returns to their shareholders. This means not only maximizing short-term profits, but paying out an ever-greater share of these profits to the people who own them. Every dollar of profit given to the shareholders of corporations is a dollar that could have been spent paying producers or workers more, paying more tax, or investing in infrastructure or innovation.

Crony capitalism; by any measure, we are living in the age of the super-rich, a second gilded age in which a glittering surface masks social problems and corruption. The huge fortunes we see at the very top of the wealth and income spectrum are clear evidence of the inequality crisis and are hindering the fight to end extreme poverty. But the super-rich are not just benign recipients of the increasing concentration of wealth.

The Causes of Poverty according to World Bank[5]

Which part of the planet with the highest incidence of poverty (high poverty rate)?[8]

Our response to poverty:  10 Principles of Fair Trade

[1] Poverty defined according to the United Nations http://www.un.org/sustainabledevelopment/poverty/

[2] The definition of extreme poverty has just changed – here’s what you need to know https://www.odi.org/comment/9934-definition-extreme-poverty-has-just-changed-here-s-what-you-need-know

[7] Oxfam Media Briefing ‘The cost of inequality: how wealth and income extremes hurt us all”   https://www.oxfam.org/sites/www.oxfam.org/files/cost-of-inequality-oxfam-mb180113.pdf