Ethical consumption can’t change the world, and we never thought it could on it’s own.

The company has helped to inspire other companies, policy-makers, and people generally to think about the true costs of the products we buy.  It has proved that a different way of doing business works, a way that can make things we need/want fairly and sustainably. It has taken a lifetime to build it to some scale, but sadly, it hasn’t moved the dial on what we set out to do – and that was to push for an overhaul of the capitalist system. 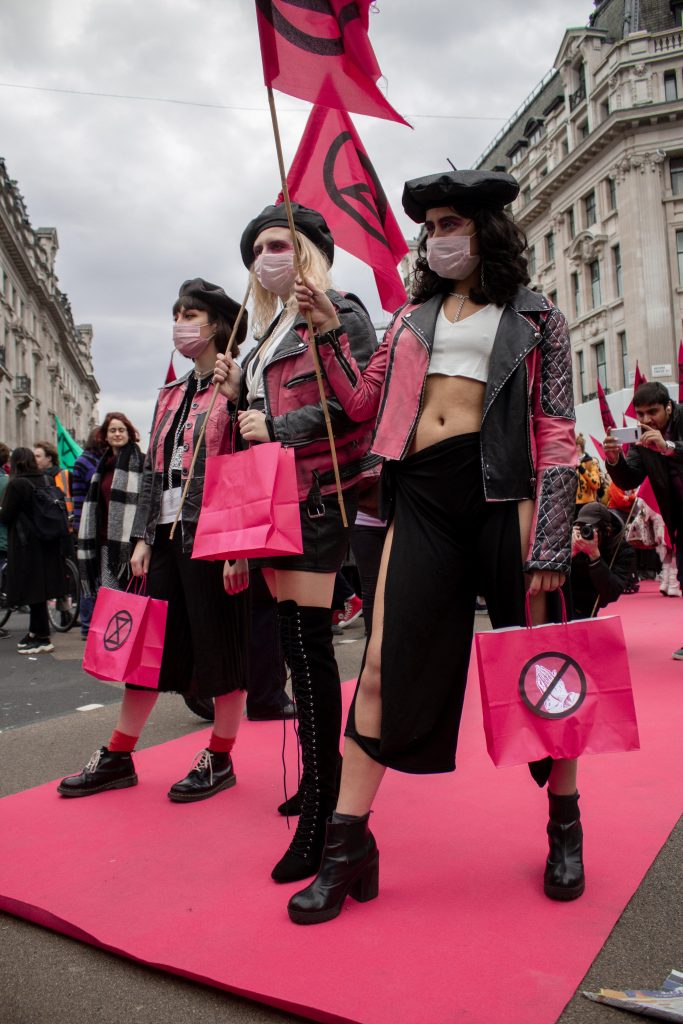 Alongside, running a business, I’ve run protests shaped as fashion shows, workshops, hunger banquets, talks, direct actions, petitions, made short films and documentaries, magazines and books, organised media coverage of celebrities and opinion leaders all calling for social justice, sustainability, fair trade and gender equality wages, transparency and accountability BUT the machine of capitalism (and the doubling of our world’s population) has meant that it has had questionable impact.

Even though some big businesses show leadership and have joined us and others to call on governments for legislation – and the enforcement of existing legislation – to create a level playing field, so that sustainability, slave-free and low carbon initiatives are given the best chance to mainstream, little is changing, and certainly not at the pace that we all need it to.  The pioneers are fed up operating in a system where slavery, pollution, fascism, hunger, wanton resource consumption, and massive inequality of wealth are seen as somehow being normal and acceptable. We truly face planetary environmental collapse and the extinction of thousands of species, including our own. My mission has never been about having just a “nicer world”. It has always been about having a more equitable, greener world and having a world left at all.

Investment funds are finally waking up to the SDGs (Sustainable Development Goals) with Environmental, Social & Governance (ESG) investment criteria, but government procurement systems worth billions of ££££s are still spent on unsustainable, synthetic and unbiodegradable, sweat-shop slave made products. How is that ok? Many business people, social entrepreneurs and citizens are working hard to show that a race to the top IS possible, that we have many of the answers already, that all that is lacking is the political will. The British government have failed to meet most of their climate pledges, just at a time when we need leadership on sustainability, radical carbon emissions cuts for business, and a massive public awareness campaign about climate change. There needs to be a response akin to us discovering that an asteroid is heading for us. This is an existential emergency and we need to mobilise now with everything we’ve got before it’s too late. 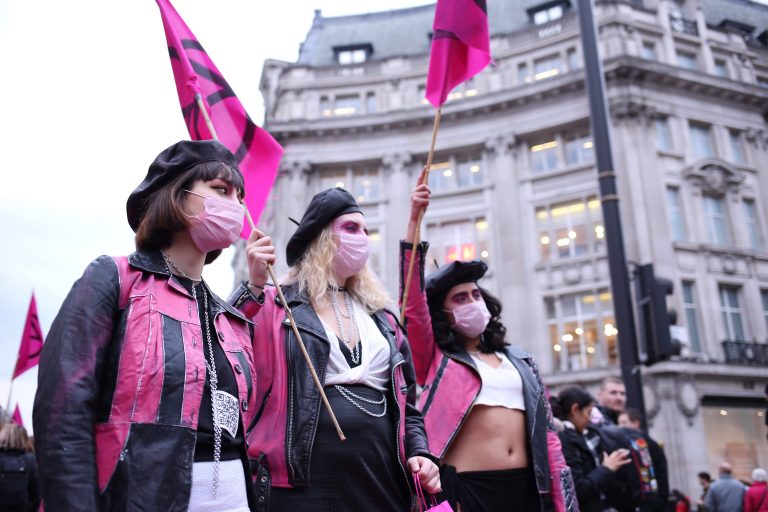 Let’s take the example of the fashion industry, which is the second most polluting industry after oil. It is responsible for 10% of carbon emissions. We now consume FOUR times the amount of clothes than when I was a teenager. The fashion industry has taught people that it is OK to buy fashion for peanuts and treat it as though it is disposable. We know that it stuffs our landfills, sits in our oceans, feeds our fish with plastic micro-fibres, and that its toxic waste is held in our soils and waterways for decades.

The system isn’t working and, in one way or another, I think we’re all complicit in it, especially if we think we’re off the hook by buying ‘conscious’, ‘organic’, or ‘fair trade’. We need to become activists and demand political change. We should be at war with Consumerism, what it costs our planet, humankind and future generations that will have to live on a fraction of the carbon that we consume in a lifetime. We need a fundamental shift in what we value and strive towards. We need to challenge ourselves and others continually to deepen the quality and depth of our relationships – to really listen and be with each other, as well as our relationship with our precious planet. We are fundamentally connected.  Since waking up to the frightening prospect of climate collapse, there isn’t a day which passes when I’m not grateful for enough food to eat and for the smiles of strangers.

Love and gratitude are enriching antidotes to capitalism but what is also needed now is widespread and mainstream action.

That is why, I decided to support XR in Oxford Circus on Friday – to highlight the madness of fast fashion and its link to climate emissions and ecological collapse. Sure, there have been some great examples of some fashion companies mapping supply-chains, building transparency to end modern slavery, and reducing the environmental impact of what they produce. Sadly, whilst they are just now beginning to address sustainable production, none are honestly addressing sustainable consumption. I hope that you will join too.

I am supporting Extinction Rebellion demands to get:

Click here to find out how you can join in EVENTS

Rebels are organising talks, events and demonstrations (“actions”) all the time. Get out and get involved

Nothing happening near you? Organise something! You can find materials for organising a talk or public meeting in XR Resources.