Today is World Fair Trade Day - but we want you to forget what you know about “Fair Trade”. We’re not here to talk bananas or coffee. We’re here to talk about how we can fundamentally reform the shape, structure and purpose of business – and ultimately the global economy itself.

After all, something seems to have gone very wrong with “business as usual”. And we all know it: new research shows that at least half the French, German, British and American public believe a major overhaul of our economic system is needed. The operative word is major. But what should that overhaul look like?

There is another way

Luckily, we already have a tried and tested alternative to global hypercapitalism. Within the Fair Trade movement, a radical new way of doing business has emerged. Across 82 countries, from fashion to food, digital services to plastic recycling, Fair Trade Enterprises are proving that it’s possible to put businesses at the heart of a green and fair economy. And the lessons of Fair Trade could unlock economic transformation on a global scale. 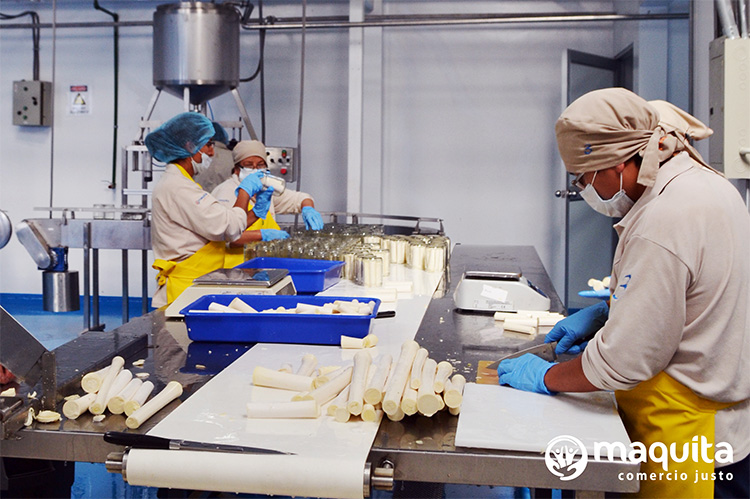 How does it work? Here are the four key facets of the WFTO Fair Trade Enterprise approach.

Firstly, Fair Trade Enterprises are locally based and truly connected to their communities. They don’t relocate when production costs become cheaper in another country, nor do they constantly chase lower tax regimes, more lenient environmental regulations and lower wages.

Secondly, Fair Trade Enterprises have long-term commitments and partnerships with their suppliers - who, again, are often locally based. They’re not disconnected by long, complex and opaque supply chains that obscure environmental impacts, erode human rights and undermine resilience.

Third, these businesses are run for the benefit of their employees and the wider community, rather than just investors. Profits are reinvested into good jobs, fair wages and a protected environment, while management and governance are designed around serving communities and customers together.

Finally, they are environmentally engaged. Being strongly rooted in place means entrepreneurs have a built-in incentive to protect their local environments. And by drawing on local production techniques such as local hand-weaving or metal-work, they can unlock low and sometimes zero-carbon models of production that businesses focussed only on the short-term have often overlooked.

Local, social, supplier-friendly and environmentally aware - everything, in other words, that modern profit-maximising large corporations are not. But if we’re going to overhaul our economic system, we need businesses too, creating jobs, providing livelihoods, and providing vital services. We need to redefine what a business is, and the hundreds of Fair Trade Enterprises around the world give us a great blueprint for how we can start.

Their models of production may be diverse, but all are built to work for their specific communities, reinvest profits, shape production around local concerns, and benefit employees and their communities over shareholders.

That’s why Fair Trade Enterprises invariably prioritise the people around them – customers and communities, employees and suppliers, co-workers and family members – over distant shareholders. They can’t hide behind complexity to dehumanise and commodify their supply chains. Instead, they build their businesses around people, bringing shared prosperity when things go well, and resilience in the face of challenges.

To illustrate, take Township Patterns, a fashion social enterprise founded in 1997 in South Africa to bring to market the products of independent township-based sewing co-operatives. Or Maquita in Ecuador, where all profits are reinvested to benefit the local artisans, farmers and workers, while the board is made up of farmers and artisan representatives. These are in stark contrast to the profit-maximising models of mainstream food and fashion who have no accountability to the workers and farmers behind their products.

As Mahatma Gandhi once said: “The world has enough for everyone's needs, but not everyone's greed.” Fair Trade Enterprises are hardwired to embrace this fact, and are already starting to unlock profound ecological innovation, social wellbeing, and – ultimately – economic transformation. After all, we can’t build a truly green and fair economy without sustainable, responsible businesses leading the way.